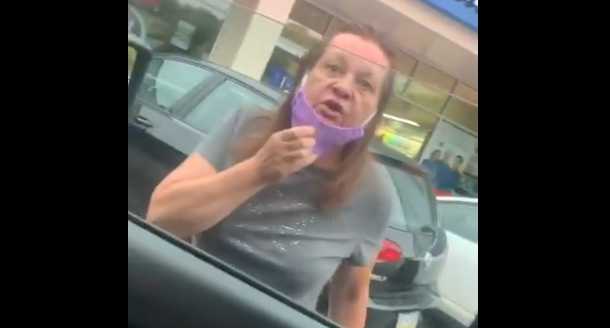 Normally, state troopers accompany Pennsylvania’s second lady whenever she leaves the house. But on Sunday, when Gisele Barreto Fetterman realized it was her last chance to get golden kiwis on sale at her neighborhood grocery store, she decided to run out for a few minutes on her own.

While she waited in line, she said, a woman recognized her as the wife of Lt. Gov. John Fetterman (D) and began yelling insults at her, including racist slurs. “She said, ‘There’s that n-word that Fetterman married. You don’t belong here. No one wants you here. You don’t belong here,’” Fetterman, who was born in Brazil, said in an interview with The Washington Post.

Upset and shaken, Fetterman managed to film the woman accosting her again outside her car. She posted a video of the abuse to Twitter Sunday night, along with a description of what happened.

Lt. Gov. Fetterman first appeared on JMG in 2013 when as the mayor of a small town he performed a same-sex marriage in defiance of the statewide ban still in place.

*TRIGGER WARNING* I love love love this country but we are so deeply divided. I ran to the local grocery store and was met by and verbally assaulted by this woman who repeatedly told me I do not belong here. The confrontation continued into the parking lot where I was able to pic.twitter.com/kzSoxCVJ2x

finally capture it after the crying winded down. This behavior and this hatred is taught. If you know her, if she is your neighbor or relative, please, please teach her love instead.

Today at the grocery store, PA’s Second Lady @giselefetterman was subjected to a racial slur and taunts. As she said: “this hatred is taught.” It’s on us to teach our children kindness, acceptance and inclusion, and condemn hate whenever and wherever we see it.

Hate has no place here.