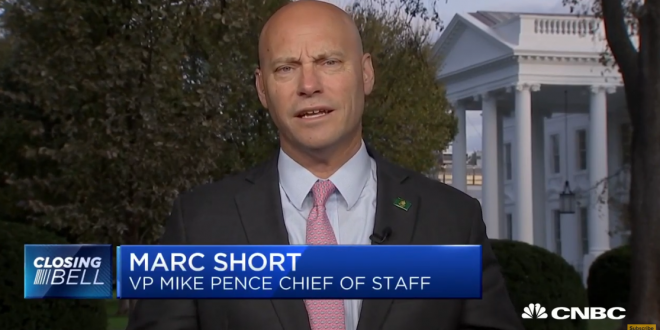 Several members of Vice President Mike Pence’s inner circle, including at least four members of his staff, have tested positive for the coronavirus in the past few days, people briefed on the matter said, raising new questions about the safety protocols at the White House, where masks are not routinely worn.

Devin O’Malley, a spokesman for Mr. Pence, said that the vice president’s chief of staff, Marc Short, had tested positive. A person briefed on the diagnosis said he received it on Saturday.

The statement did not come from the White House medical unit, but instead from a press aide. Two people briefed on the matter said that the White House chief of staff, Mark Meadows, had sought to keep news of the outbreak from becoming public.

So Pence was in close contact with someone who tested positive today and he is going to campaign in NC tomorrow?!? What is wrong with these people? This violates CDC guidelines and the guidelines of the task force he is in charge of! Lord above. https://t.co/iJv5drhr2z