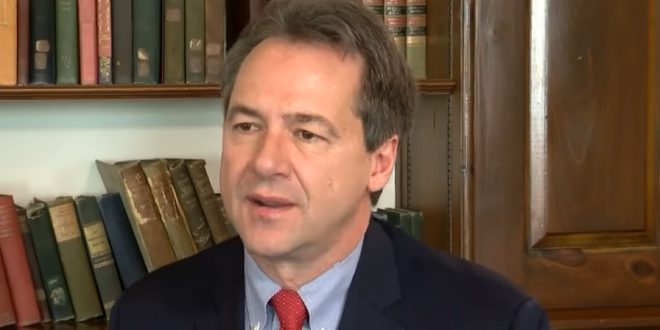 Republicans hold a narrow lead up and down the ballot in Montana, according to a New York Times/Siena College poll Friday, as Democrats remain highly competitive in a state President Trump won by 20 points in 2016.

But in the hotly contested race for U.S. Senate, the Republican senator Steve Daines narrowly leads Gov. Steve Bullock [photo], 49 percent to 46 percent. The survey was conducted from Oct. 18 to 20, before the final presidential debate on Thursday.

Previous Trump Camp Loses Court Battle On PA Mail-In Ballots
Next GOP Rep: My Wife Has The Gift Of Premonition And She Dreamed About Feds Seizing Guns, Food In Our Home