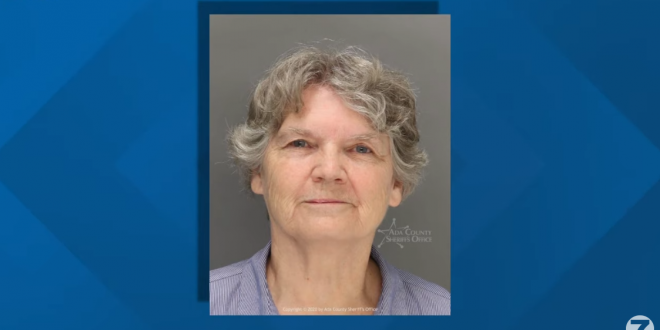 Mask Refusers Arrested At Boise City Meeting: “Our Face Is The Glory Of God, We Are Made In His Image”

Tuesday night’s Central District Board meeting was interrupted unexpectedly after two people were arrested during the middle of it. Police later identified the two people arrested as Eva Selleck and Robert Jones.

The incident was live-streamed by Miste Karlfeldt, the executive director for Health Freedom Idaho. She started off the video by giving a self-proclaimed rant about masks. “We shouldn’t have to live our life with masks on our face,” she said. “It’s really terrible for everyone to wear a mask, okay, so let’s just go there.”

She continued by saying there needs to be more than just medical or physical exemptions to wearing masks. “Our face is the glory of the lord, we are made in his image,” she said. “We cannot just be relegated to a medical exemption and not be talking about our religious exemption.”