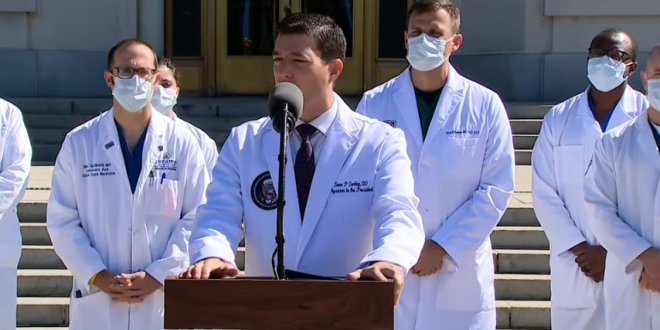 President Donald Trump’s hospitalization stretched into a third day on Sunday as he and his health team sought to clarify contradictory statements and confusion from the day before that raised questions about the seriousness of his fight with COVID-19.

Doctors were set to provide a briefing on Trump’s health late Sunday morning. The president faces “critical” coming days after a “very concerning” period in his fight against COVID-19 at a military hospital, his chief of staff said Saturday — in contrast to a rosier assessment from Trump’s doctors.

Trump offered his own assessment of his status Saturday evening in a video from his hospital suite, saying he was beginning to feel better and hoped to “be back soon.”