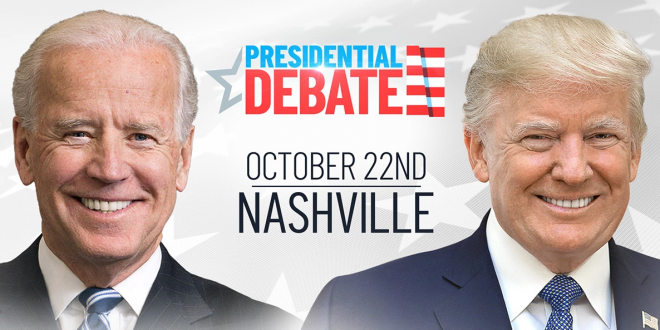 Any Americans still on the fence — and who haven’t been among the hordes of early voters — will have one final chance to hear from President Donald Trump and Joe Biden in their last debate Thursday, during which the president will try to re-energize his base and close the polling gap behind Biden.

Thursday’s debate in Nashville, Tennessee, was supposed to be the third face-off of 2020, but will instead be the second of only two presidential debates after Trump declined to participate in one scheduled for last week after it was moved to a virtual format following his Covid-19 diagnosis.

Trump’s polling deficit has only solidified since the poorly reviewed first debate in Cleveland and with more than 30 million votes already cast and, less than two weeks before Election Day, he is running out of time.

Previous Trump Lie: I Was On Oprah During Her Final Week
Next CHATTER AWAY: Overnight Open Thread