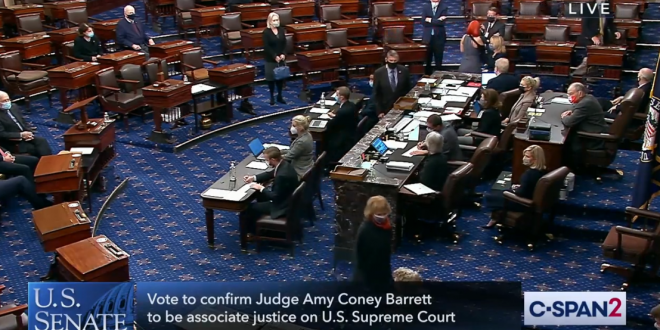 But in what is unusual for the majority leader, he is delivering his speech largely to his GOP conference. He is turning to them and gesturing to them frequently. And like they did yesterday for the procedural vote, most of the GOP members are in their seats.

Democrats meanwhile are not sitting on the chamber. At one point, McConnell turned to the Democratic side of the aisle and noted they did not appear to be on the floor at the moment.