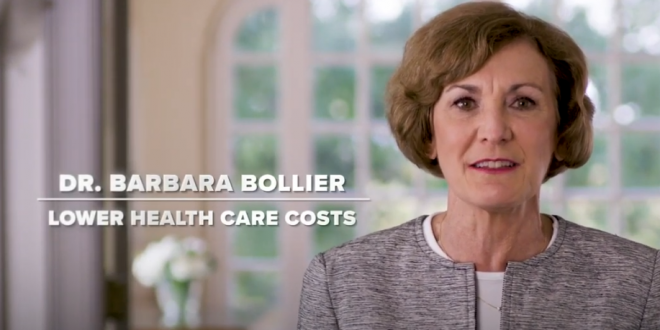 Kansas Senate candidate Barbara Bollier was a life-long Republican, but in 2018 she decided she’d had enough: Fed up by the party’s lurch to the right in Washington and Topeka, the 62-year-old state legislator divorced the GOP and became a Democrat.

Two years later, she’s asking Kansans to join her and do something they haven’t since Franklin Roosevelt was president: elect a Democrat to the Senate — and possibly make Chuck Schumer the majority leader in the process.

Bollier has a shot. The polls are tight, and both parties are deploying precious financial resources to close the deal. Yet while the suburban revolt against Trump is likely to drive turnout and huge margins in the Kansas City suburbs, Bollier needs a lot more than that in her bid against two-term GOP Rep. Roger Marshall.