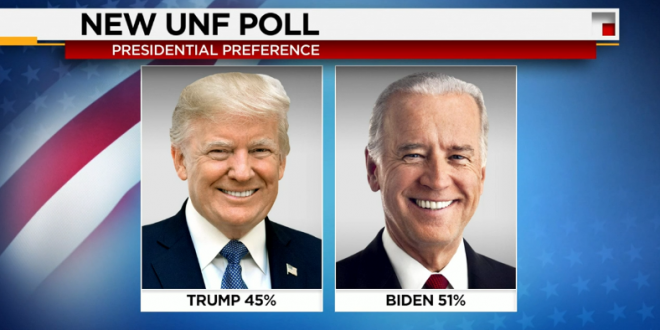 The survey was comprised of 3,142 registered likely voters in Florida and took place between October 1 and October 4. 81 percent of the survey takers did vote in the 2018 primary election. 39 percent of the respondents were Republican, 38 percent were Democrat, and 22 percent were no party affiliation.

“This vast majority of responses from this survey were collected on the two days immediately following the debate and do not account for voter concerns following the President’s recent COVID-19 diagnosis,” Michael Binder, the director of the Public Opinion Research Lab, said.

51-percent of the voters surveyed indicated they intended to vote for Biden, versus 45-percent who stated they would vote for Trump. https://t.co/XmHhpmmcCR

The same poll also reveals that the majority of Florida voters believe state officials have eased off of social-distancing restrictions too quickly. https://t.co/kty6m8pEzd