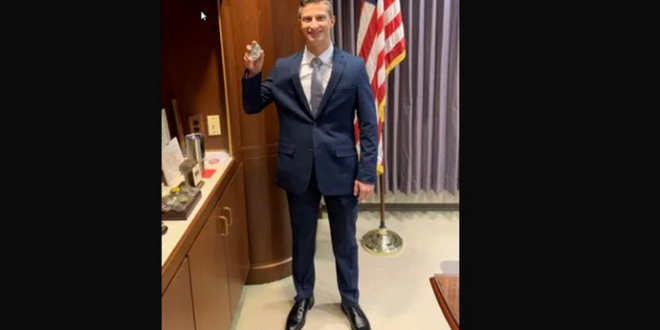 Lafayette police fired a recently hired officer less than 24 hours after he was accused to having ties to racist posts made on a fascist web forum, LPD Chief Pat Flannelly confirmed Saturday afternoon.

Flannelly said Officer Joseph Zacharek, hired by LPD in June, was called into the police station Friday night after claims started showing up on social media that he was linked to Iron March, a neo-Nazi forum disbanded in 2017 but that had its entire database exposed on the internet in late 2019.

Flannelly said that after LPD internal affairs detectives found the social media tip “plausible and credible,” they confronted Zacharek about the claims and asking whether it was hoax. Flannelly said Zacharek admitted that the comments were his.

1/ This is a new account, but I just checked over the dox and it looks good.

Go follow @Ghosts_of_Past. I hope we’ll be seeing more great stuff from them.

And @LafayetteINPD— it looks like you just hired a Nazi.