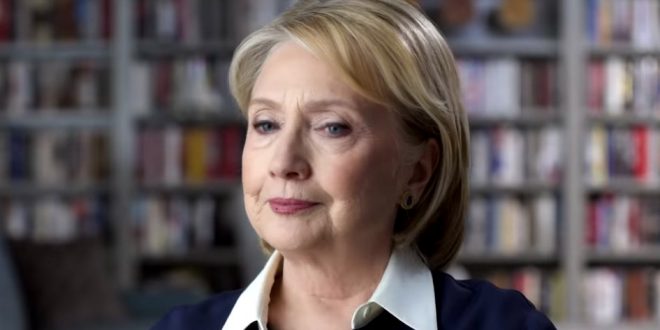 The cultists will surely find something wrong with this:

Hillary Clinton said Tuesday she is one of the 538 electors in the Electoral College. “I’m an elector in New York,” the 2016 Democratic nominee told SiriusXM’s “Signal Boost.” “I’m sure I’ll get to vote for Joe (Biden) and (Sen. Kamala Harris) in New York. So, that’s pretty exciting.”

Clinton has previously called for the abolition of the Electoral College, where electors directly vote on the president and vice president of the United States. She advocated for the president to be instead selected based on the US popular vote.

Clinton told SiriusXM’s “Signal Boost” that she is worried there won’t be a final conclusion to the 2020 election, “for a couple of days, if not longer.” She said she had planned to vote early in-person for the upcoming election, but said the lines where she lives have been several hours long.

Today, the most common method of choosing electors is by state party convention. Each political party’s state convention nominates a slate of electors, and a vote is held at the convention. In a smaller number of states, electors are chosen by a vote of the state party’s central committee.

Either way, political parties usually choose people whom they want to reward for their service to and support of the party. Electors can be elected officials or party leaders in the state, or people who have some kind of personal or professional connection with the party’s candidate.

Previous Miles Taylor: I Wrote That 2018 “Anonymous” Op-Ed
Next Christian Prophet: Angels Call Biden “Sleepy Joe” And God Told Me He Sent Trump To Be Our “Superhero”