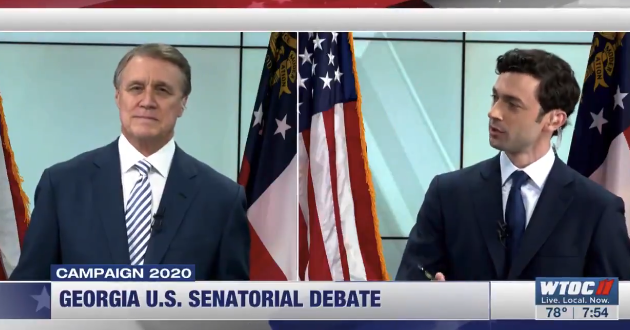 Senator David Perdue of Georgia withdrew on Thursday from the final debate in his tight re-election race, a day after his Democratic challenger, Jon Ossoff, called him a “crook” and accused the vulnerable Republican of trying to profit from the coronavirus pandemic.

The rivals had been scheduled to face off on Sunday on the Atlanta television station WSB, the third debate in one of two pivotal Senate races in Georgia that could determine which party controls the chamber. The candidates had committed to the debate in September, according to Mr. Ossoff’s campaign.

At last night’s debate, millions saw that Perdue had no answers when I called him out on his record of blatant corruption, widespread disease, and economic devastation.

Shame on you, Senator.

David Perdue lined his own pockets – trading medical stocks and dumping casino shares – while he lied to us about the threat of a virus that’s now killed over 220,000 Americans.