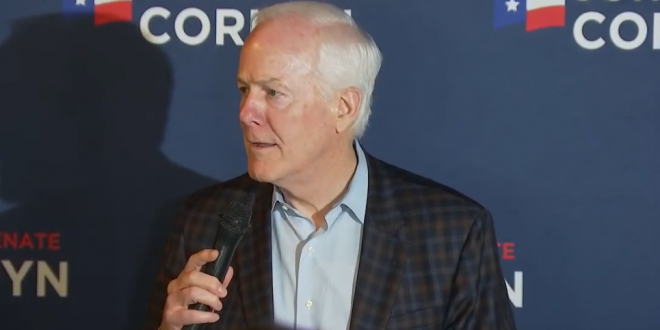 GOP Sen. John Cornyn: Working With Trump Is Like “Women Who Think They Can Change Their Spouse”

During a meeting with the Fort Worth Star-Telegram Editorial Board, Cornyn was asked if he and other Republicans regretted not pushing Trump to combat the COVID-19 virus more aggressively, or rein in some of his political stances that were unpopular or stood little chance of passing in Congress.

Cornyn initially described his relationship with Trump as “maybe like a lot of women who get married and think they’re going to change their spouse, and that doesn’t usually work out very well.”

Cornyn continued: “I think what we found is that we’re not going to change President Trump. He is who he is. You either love him or hate him, and there’s not much in between. What I tried to do is not get into public confrontations and fights with him because, as I’ve observed, those usually don’t end too well.”