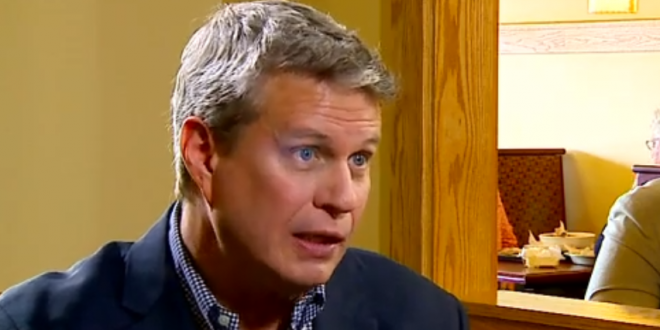 U.S. Rep. Bill Huizenga of West Michigan compared Gov. Gretchen Whitmer’s executive orders to the presidential orders in the 1940s that sent Japanese people to internment camps. Huizenga, R-Zeeland, made the comments during a Thursday debate with his Democratic challenger Bryan Berghoef, a debate hosted by the Grand Haven Tribune and held via Zoom roughly a week after the congressman tested positive for COVID-19.

Huizenga’s comments came after Berghoef, a Holland pastor, called the Republican response to the pandemic a “colossal failure” and criticized the congressman for his critiques of Whitmer’s efforts to “protect lives and livelihoods.”

“Apparently, protection means violating the Constitution and people’s rights; that’s exactly what this governor did,” the five-term Republican responded. “It’s a little like when FDR decided to throw all Japanese citizens into internment camps to keep everybody safe. That should have been illegal. It was immoral. And it was not constitutional,” he said.