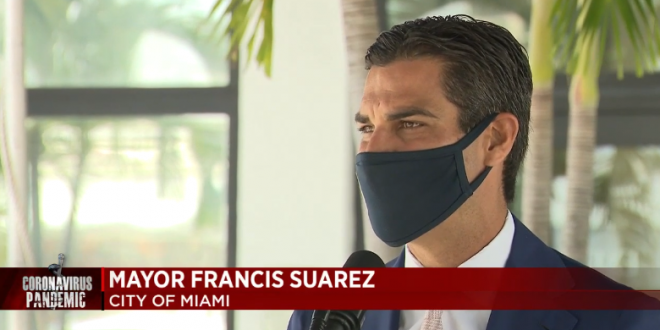 The Republican mayor of Miami said Donald Trump shouldn’t come to his city for the Oct. 15 debate with Joe Biden if the president is still testing positive with Covid-19. “I don’t think it’s safe, not for him and anybody else, anywhere or anyone he interacts with,” Mayor Francis Suarez told POLITICO.

“Remember, this thing is highly contagious,” Suarez said. “How many people are infected in his inner circle, in the White House, senators, et cetera?”

The concerns of Suarez, which are shared by several other Miami-Dade County officials, add another layer of controversy to the president’s conduct while he’s positive for the virus, and reflect the tensions in behind-the-scenes discussions between the Biden and Trump campaigns as they negotiate over whether and how to have a safe, in-person debate.