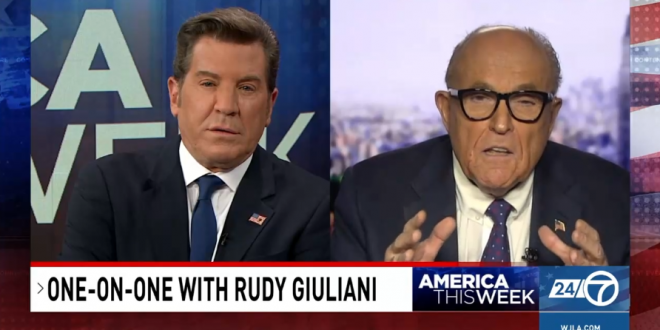 Giuliani claimed [Twitter CEO Jack] Dorsey is “an accessory after the fact to the numerous crimes committed by Hunter Biden” supposedly revealed by the hard drive, including “bribery,” “extortion,” “racketeering,” and “the endangering of children.” He also claimed Dorsey is “covering up child pornography.”

“Put him in jail,” he added. Giuliani went on to accuse Twitter of “the worst invasion of rights in America” since “putting the Japanese in camps, except it’s being done to all of us.” “He’s not an American, he’s something else, maybe — maybe he’s working for the Chinese, I don’t know,” he added of Dorsey.