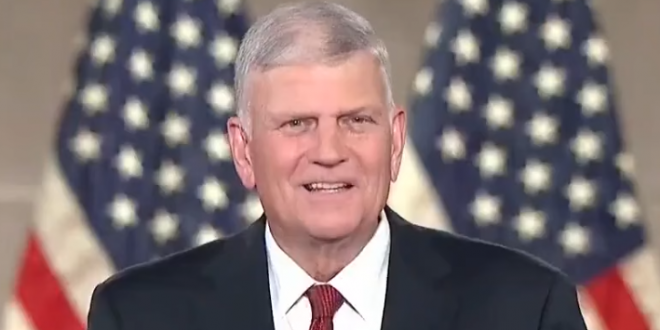 “I’ve never seen hatred like we are seeing in our nation today. The mainstream media is so biased and will do whatever they can to attack or try to defeat President Donald J. Trump.

“There is never a positive story on the evening news about him, no matter how much good he does. He has done more for our country in four years than any president in my lifetime, but that doesn’t matter to agenda-driven media.

“I had hopes for fairness and balance in last night’s Town Hall meeting, but we saw a completely different side of NBC’s Savannah Guthrie. She was rude, she interrupted, she talked over the President.

“This is the president of the United States, and there was no respect for the office. What has happened to our country and journalism?

“I pray for President Trump and other leaders who support life, religious freedom, and what we know as biblical values that are important to us. In the coming election, most importantly, I pray for God’s will to be done.

“Every follower of Jesus Christ needs to pray and to vote.” – Franklin Graham, posting just now to his Facebook page.