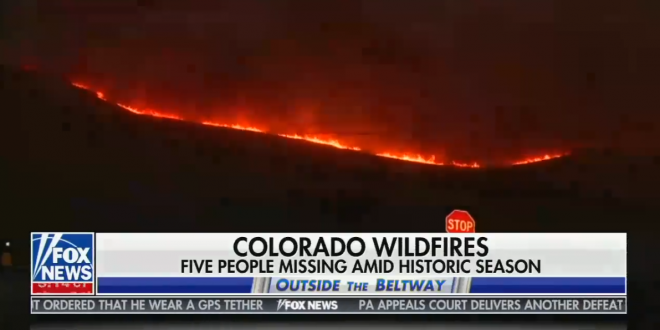 At the end of its A-Block on Friday night, Fox News’ Special Report with Bret Baier made a bizarre choice of bumper music, playing Johnny Cash’s Ring of Fire as the show segued out of a news brief about a raging Colorado wildfire.

“That’s tonight’s live look outside the beltway from Special Report,” Baier concluded seconds later, as a shot of downtown Denver came on screen. Simultaneously, the chorus on Cash’s famous hit song faded in: “I fell into a burning ring of fire, I went down, down, down and the flames went higher…”

Baier issued a statement provided to Mediaite Friday night saying, “The song chosen for the bump music was a terrible mistake and a complete oversight. We regret the insensitive error and hope and pray the missing are found unharmed and the fires there are contained.”