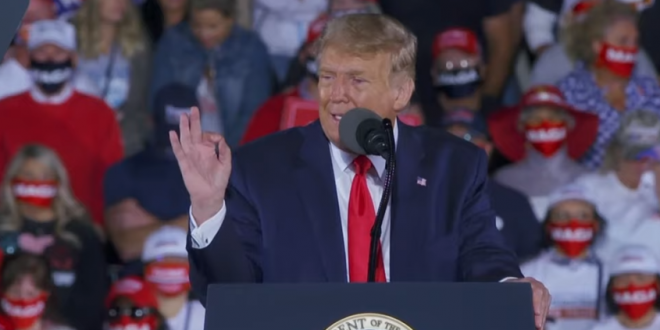 Florida Voters Get Scary Emails Allegedly From The Proud Boys: “Vote Trump Or We Will Come After You”

Voters across Brevard County Tuesday afternoon received threatening emails purporting to come from the Proud Boys, a far-right group that espouses militant authoritarian ideology, telling them to vote for President Trump, or else. The emails appear to follow a similar format, and come from the email address “[email protected]”

“Hi (name) We are in possession of all your information You are currently registered as a Democrat and we know this because we have gained access into the entire voting infrastructure. You will vote for Trump on Election Day or we will come after you. Change your party affiliation to Republican to let us know you received our message and will comply. We will know which candidate you voted for. I would take this seriously if I were you. (Voter’s address),” it read.

The domain for the sender’s email was inactive by Tuesday afternoon although the site does appear to have been previously affiliated with the Proud Boys group. According to WUFT, internet records show that control over the internet address, created in March 2017, was changed Monday night.

The Alachua County Supervisor of Elections is working with law enforcement after several threatening emails were discovered in the county. According to the sheriff’s office, the emails are purported to be from the Proud Boys. The sender claims to have personal information of the recipient and directs them to vote in a certain way, or else there will be consequences.

Supervisor of Elections Kim Barton released the following statement: “We are in contact with and working in conjunction with our law enforcement partners at the local, state and federal level, including the FBI and the Department of Homeland Security. The Florida Department of State’s Division of Elections has been notified as well.

Motherboard obtained a full copy of one of the emails, which includes metadata and email headers. The email nominally says it was sent from the address “[email protected]”

The headers have more clues about where it came from, or at least what infrastructure the senders used. The “client-ip” address in the headers points to an Estonian IP, suggesting the senders spoofed the email address displayed to receivers.

The Proud Boys, on some of their official channels, have claimed to have nothing to do with the emails, though it is of course possible that someone involved with the Proud Boys was involved in spoofing the email.

“We are in possession of all your information….You are currently registered as a Democrat, and we know this because we have gained access into the entire voting infrastructure. You will vote for Trump on Election Day or we will come after you.” https://t.co/pSbIaTpq65

The Proud Boys have sent me two separate emails threatening me to Vote for Trump and included a former address where they could find me.

THIS IS UPSETTING AND NOT OKAY. pic.twitter.com/J86SVcwZ9N

UPDATE: From the leader of the Proud Boys:

The Proud Boys are being used as pawns in this campaign. The Emails that were sent out used a masking service to hide its origins. We would never send out mass emails or mass SMS to anyone, including our supporters.

I have been in contact with the supervisor of elections in Alachua county and the FBI in order to find these criminals and put them where they belong…in prison.

Regardless of my differences with democratic voters, no American should be intimidated during these times. I am speculating, but I am almost certain this campaign was made by a left wing agitator.

A Florida representative by the name of Anna Eskamani retweeted this blatant lie in hopes that her followers were dumb enough to believe it.

It’s incredibly dangerous that an elected official use her position of power to spread misinformation like this. But this is the current state of the Democratic Party. We condemn the individuals that did this and we hope they are brought to Justice soon.