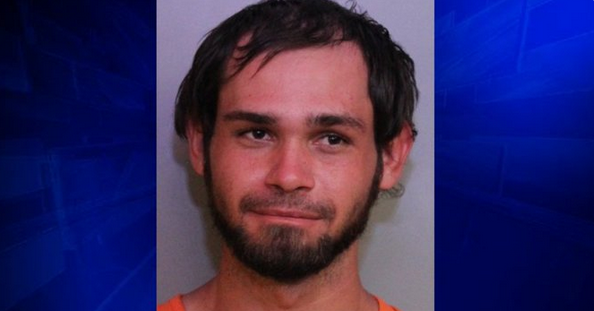 Former vice Mayor Adam Burgess told Spectrum Bay News 9 he is happy his grandmother wasn’t alive to see a man bulldoze over their property because of their political choice.

“This man came onto my property, took the two Joe Biden signs I had in my yard and them came back with a bulldozer to run down my fence,” explained Burgess.

Haines City police say 26-year-old James Blight stole a bulldozer from a construction site and proceeded to ride through Haines City, tearing down Biden signs and even running down a city owned speed limit sign.

The man was charged with grand theft auto and trespassing. The incident in Florida is the latest example of increased tensions days before the election, as yard signs and other public proclamations of support for either presidential candidate have become a point of contention — and have occasionally led to violence.

Earlier this month in Dalton, Mass., a man’s giant Biden-Harris sign made of hay bales was set ablaze shortly after the farmer completed the installation. In Commerce Township, Mich., a city employee tasked with moving Trump signs that violated city rules sliced his fingers on razor blades that were affixed to the bottom of a sign.

A 26-year-old man has been accused of stealing a bulldozer from a Florida construction site, driving it into a neighborhood and knocking down campaign signs for Joe Biden. https://t.co/CNES7dkiad