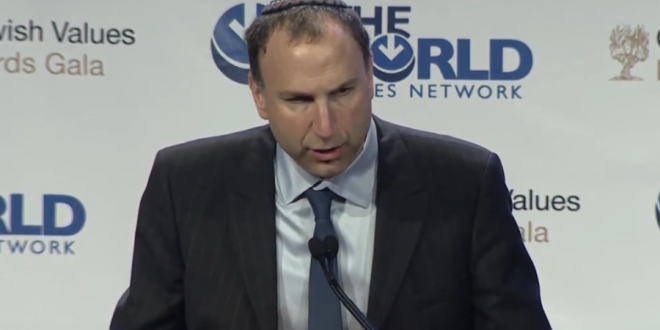 Ken Kurson, a close friend of President Trump’s son-in-law Jared Kushner, was taken into federal custody on Friday and charged with cyberstalking in connection with his divorce.

Mr. Kurson, who now runs a media company and works in the cryptocurrency industry, helped write a speech for the president’s 2016 campaign. When Mr. Kushner owned The New York Observer, the weekly newspaper, he appointed Mr. Kurson to be its editor in chief in 2013.

Mr. Kurson was also a longtime associate of Rudolph W. Giuliani, Mr. Trump’s personal lawyer and the former New York City mayor. Federal prosecutors in Brooklyn accused Mr. Kurson of sending threatening and stalking messages to several people, including a friend whom he blamed for the deterioration of his marriage.

According to the above-linked report, Kurson sat in the Trump family box at the inauguration while still editor of the Observer. Something something media bias! There’s much more.