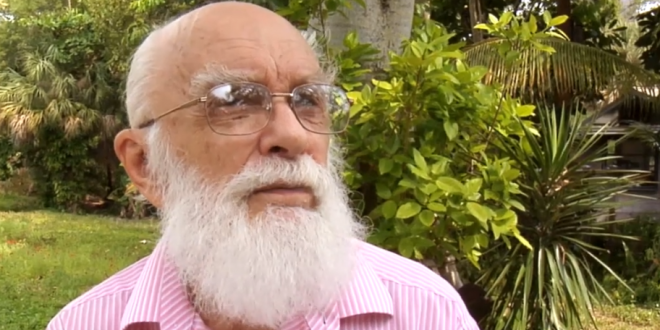 James Randi, a magician and illusionist known as “The Amazing Randi” as well as a scientific investigator who debunked paranormal and occult phenomena through his organization the Committee for Skeptical Inquiry, has died. He was 92.

Among one of Randi’s more famous instances of debunking — a word he frequently said he disliked in favor of “investigator” — was of the religious televangelist Peter Popoff, who became famous in the mid-80s for televised healing sermons.

Randi discovered that Popoff was using an electronic transmitter to get information about his subjects broadcast to him by his wife behind the scenes, something that Randi then exposed on “The Tonight Show.”

Randi came out publicly as gay in 2010 after seeing the film Milk. In 2013 he married his partner of then-27 years. They were still together at his death.

We are very sad to say that James Randi passed away yesterday, due to age-related causes.

He had an amazing life. We will miss him.

Previous Trump Admin May Label Amnesty International And Other Leading Human Rights Groups As “Anti-Semitic”
Next New Fox Poll: Biden +12 In MI, +5 In PA, +5 In WI