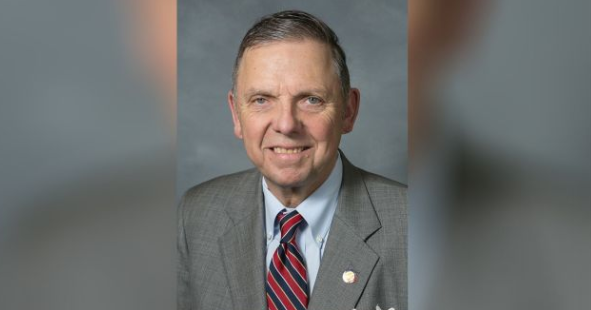 A former Republican state legislator was charged with assaulting an election worker at a Wake County early voting site on Friday morning. Gary Pendleton was an official Republican poll observer at the Northern Regional Center, 350 East Holding Ave. in Wake Forest, where he was charged with a misdemeanor assault. Pendleton, 73, served in the N.C. General Assembly from 2015 to 2017 and is a former Wake County Commissioner.

Pendleton was a poll observer at Roberts Community Center in Raleigh on Thursday, and said he was allowed to enter the site early to observe the poll workers. He said he asked the poll worker in Wake Forest what was he was trying to hide. “Of course that’s why we are there,” he said. “We are looking for fraudulent activity that might be occurring in polls around Wake County.” Early voting began Thursday at 20 locations throughout Wake County.

Pendleton was reportedly trying to enter the polling station before it opened and shoved the worker who blocked his way. He served a single two-year term starting in 2015.