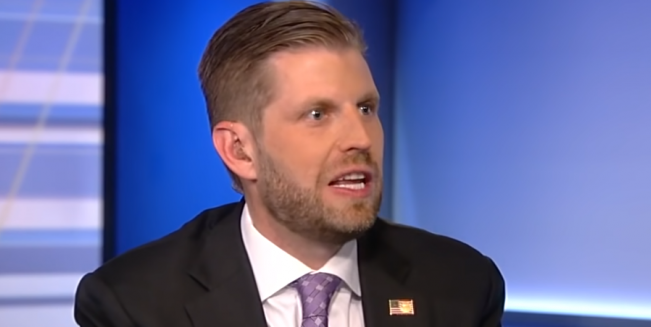 Eric Trump: My Father Took The Vaccine He Created

President Trump’s son Eric on Sunday called his father’s treatment for COVID-19 a vaccine that he further claimed the president helped create from “day one.”

“My father literally started day one creating this vaccine. He worked to push this vaccine and now my father just took it and you see how well he got over it,” Eric Trump told ABC “This Week’s” Jon Karl.

“Wait, wait,” Karl interrupted before Eric Trump said that Americans should be inspired and proud by what doctor’s call his father’s speedy recovery from an illness that has killed more than 214,000 and infected 7.7 million people in the U.S. alone.

Eric Trump, who is clearly not an expert in these matters, repeatedly claims his father’s recovery from coronavirus is a result of “vaccines” his father created, which is false — he took therapeutic drugs but not vaccines, and certainly has played no direct role in creating them pic.twitter.com/mN1WrrkTg1