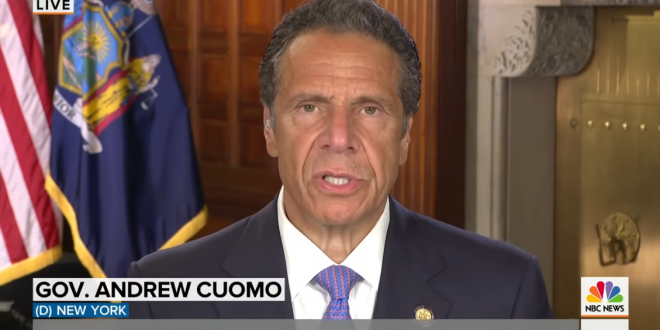 Cuomo Shoots Down Report On Being Biden’s AG

New York Gov. Andrew Cuomo (D) reiterated on Monday that he has “no interest in going to Washington” after a report emerged that he was being pushed as a potential choice to serve as attorney general if Democratic presidential nominee Joe Biden wins in November.

However, when pressed about the report on the “Today Show” the following morning, Cuomo said he wasn’t interested in going to Washington, despite his close ties with Biden.

Cuomo said that if he were approached by Biden about the role, he’d answer, “I would say, ‘You are an old friend you are a good friend. You’re going to win this election. You’re going to be the president. I’ll help you anyway I can.’”

Gov. Andrew Cuomo (D-NY) on rumors that he’s being floated for Attorney General under Biden: “Those rumors, Willie, those are only from people who want to get me out of New York.” pic.twitter.com/jSn12togYS

“I have no interest in going to Washington,” says @NYGovCuomo when asked if he would serve as Joe Biden’s attorney general. pic.twitter.com/PNVNTbgLOt