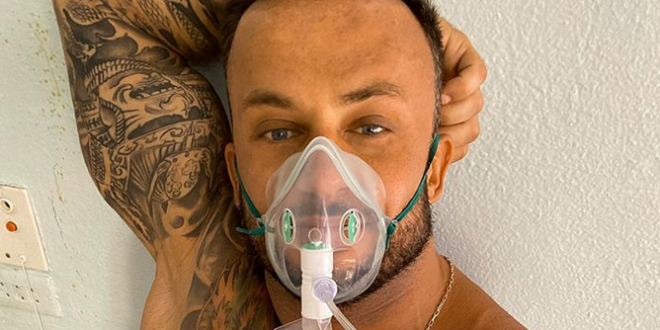 A fitness influencer died from COVID-19 complications days after admitting he was wrong to think the virus didn’t exist, his ex-wife announced in a heartbreaking tribute over the weekend. Dmitriy “Dima” Stuzhuk, who had more than 1.1 million followers on Instagram, began feeling sick during a recent trip to Turkey and was immediately hospitalized after returning to Ukraine, he said in a post Wednesday.

The 33-year-old social media star returned home after several days, but he had to be rushed back to the hospital last week after his condition quickly deteriorated. The virus apparently caused irreversible heart complications. Her former partner’s last social media post was a pair of selfies he took before leaving the hospital last week. He acknowledged at the time that COVID-19 is not a hoax, as he had incorrectly told his followers.

Previous REPORT: Birx Tried To Get Covidiot WH Doc Removed
Next US Extends Border Closures With Mexico And Canada