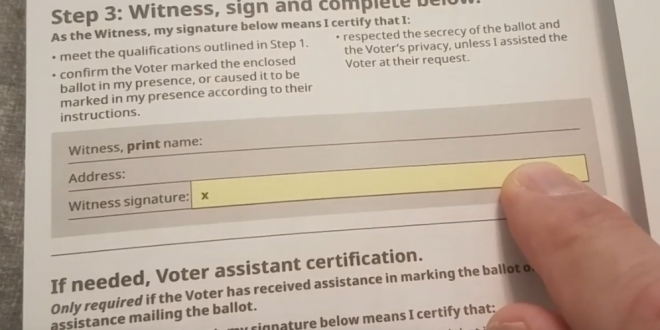 A federal judge late on Wednesday ruled that absentee ballots in the presidential battleground state of North Carolina must have a witness signature, a boost for Republican groups seeking to enforce stricter rules on mail-in voting.

U.S. District Judge William Osteen in Greensboro issued an injunction essentially barring voters from being able to “fix” an absentee ballot they had already sent in if it lacked a third-party signature attesting that the voter, and not somebody else, signed the ballot.

The judge was reversing a previous directive by state officials that had allowed voters to remedy the lack of a witness signature by returning an affidavit verifying that it was their ballot.

#BREAKING: A federal judge has ordered North Carolina elections officials to update absentee voting rules to ensure that voters prove they have had someone witness their ballot. https://t.co/cW7jPfvqJT