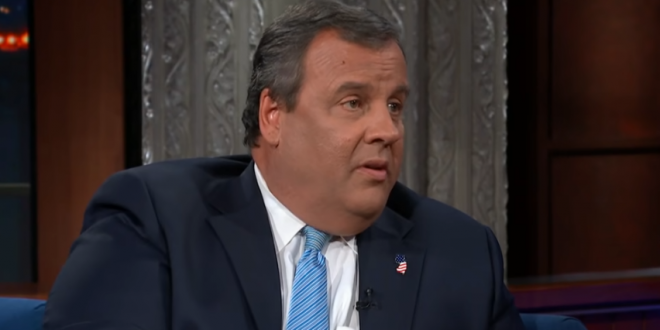 Chris Christie, the former New Jersey governor who was recently battling a coronavirus infection, said on Thursday that he was “wrong” not to wear a mask at an event honoring Judge Amy Coney Barrett and in his debate preparation sessions with President Trump, and that people should take the threat of the virus seriously.

In an interview with The New York Times and in a written statement, Mr. Christie said that he had believed he was in a “safe zone” at the White House while he was there.

He urged people to follow best practices, like mask wearing and social distancing, but argued there’s a middle ground between extensive, large-scale shutdowns and reopening cities and states without taking proper precautions.

Previous Biden +11 Over Trump In NPR/Marist National Poll
Next Christian Prophet: Jesus Gave Me Commission To Draw God And I Touched God’s Hair While Visiting Heaven