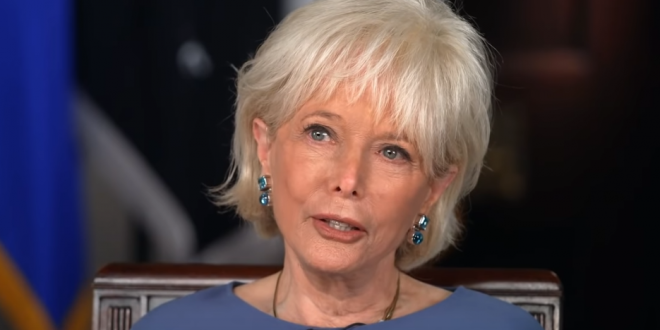 The “60 Minutes” interview President Trump cut short over what he felt was unfair questioning from Lesley Stahl has left her, and her family, in a dangerous situation, TMZ has learned.

Multiple sources tell us CBS is now providing Stahl with around-the-clock security due to a death threat made to the home of one of her immediate family members on the west coast.

Law enforcement sources tell us the death threat call was reported to LAPD around 9 AM Thursday, October 22. We’re told the caller directed the threat toward Lesley and her family, and also said something about neo-Nazis.

President Donald Trump continued going after 60 Minutes host Lesley Stahl Tuesday over the interview he abruptly ended just last week. During chants of “lock her up” at his Tuesday rally, Trump briefly riffed on the media coverage of his reactions to such chants.

“They asked me that question on crazy 60 Minutes,” the president said. “Wasn’t she rude? She just kept asking me questions. Then they interviewed Sleepy Joe and it was like everybody just fell asleep.”

After noting the big ratings the program got, Trump said, “Wasn’t it terrible, the difference? One is anger, craziness, right? Fire coming out of her eyes.”

Lesley Stahl has to have 24 hour security after her Trump interview.

Please vote this assclown out of office so his followers can go back to their Klan meetings and quit harassing journalists and governors.

I obtained a copy of the “health care plan” that Kayleigh McEnany handed to Lesley Stahl in that massive binder. It was a large print list of bullet pointed highlights and slogans that was 10 pages long (including back and front covers). https://t.co/90P0xNlDx3

Trump Goes After ‘Rude’ Lesley Stahl at Michigan Rally: ‘Fire Coming Out of Her Eyes…’ https://t.co/zY4EZUuayB