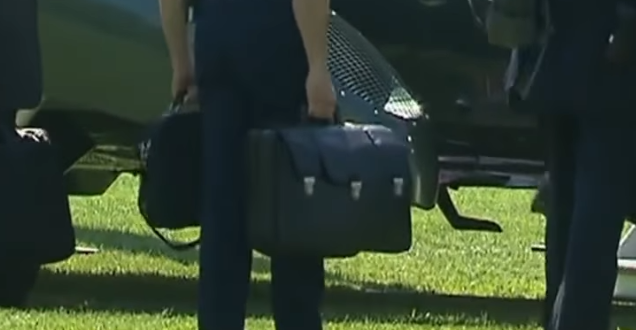 At least one of the president’s five military aides tested positive for COVID-19 over the weekend, after Trump himself tested positive, CNN first reported and Bloomberg confirmed. The aides, each representing one branch of the U.S. military, stay close to Trump at all times, and carry his emergency briefcase known as the “nuclear football.”

The aide is among 11 people who work close to Trump who have contracted COVID-19 or are isolating after potential exposure. Trump returned to the White House from Walter Reed Medical Center on Monday despite still being contagious with the virus, and as video of his arrival showed, he isn’t wearing a mask around others.

Previous Brit Hume: Trump Should Do Debate Even If Contagious
Next Pence Team Agrees To Plexiglass Barriers At VP Debate