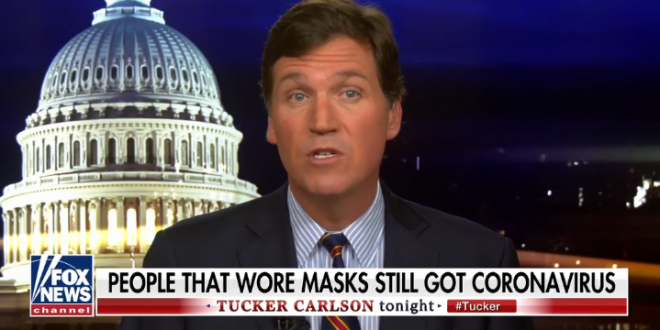 “A century ago during the Spanish Flu pandemic, authorities in many cities in this country passed mandatory mask ordinances, just like the ones we have now. Many Americans accepted them. But many others did not accept them.

“In California, citizens rebelled. In January of 1919, 5,000 members of the newly-formed Anti-mask League of San Francisco gathered to call for the mayor’s resignation if he didn’t repeal his mask order.

“Five days later, the mayor complied. Science vindicated that decision in the end. A year later, a study found that compulsory mask use likely had no effect on curbing the Spanish flu.

“We live in a very different time. American society is, of course, far less cohesive than it was 100 years ago and Americans seem far more passive than they did.” – Tucker Carlson, last night.