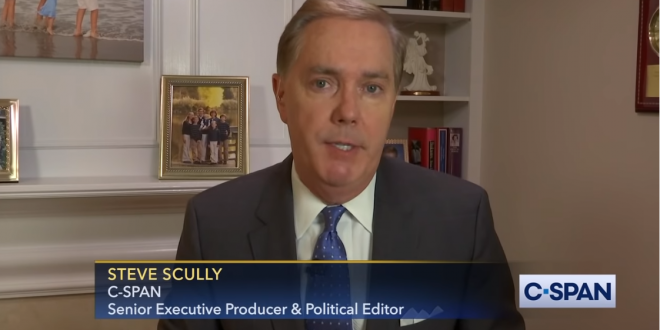 C-SPAN suspended its political editor Steve Scully indefinitely Thursday after he admitted to lying about his Twitter feed being hacked when he was confronted about a questionable exchange with former Trump aide Anthony Scaramucci.

The news came on the day of what was supposed to be a career highlight for the 30-year C-SPAN veteran. Scully was to moderate the second debate between President Donald Trump and Democrat Joe Biden, which was canceled after Trump would not agree to a virtual format because of his COVID-19 diagnosis.

C-SPAN said Scully confessed to lying about the hack on Wednesday. “He understands that he made a serious mistake,” the network said. “We were very saddened by this news and do not condone his actions.” 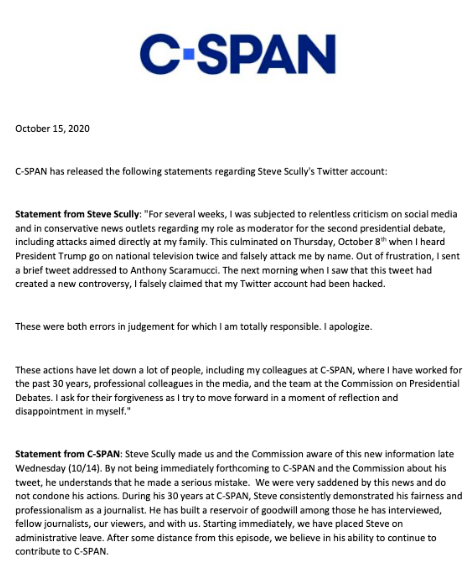