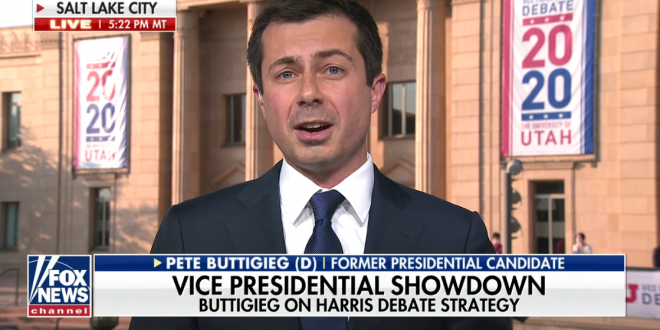 After his reference to Trump’s affair with the pornography actress who goes by the stage name Stormy Daniels, Buttigieg continued by wondering how Pence “feels about the immigration policy he called unconstitutional before he decided to team up with Donald Trump. If folks want to play that game, we could do it all night.”

Pete Buttigieg: Shut yo face. The undocumented immigrants who work for Donald Trump pay more taxes than he does.#Debates2020 pic.twitter.com/wn3hy2rHbs