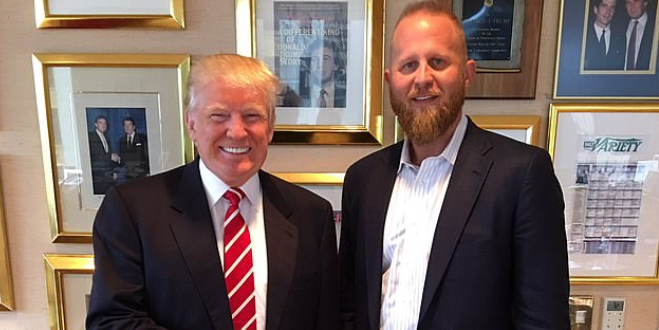 Former Trump campaign manager Brad Parscale has tendered his resignation from President Trump’s reelection bid, and it has been accepted, a campaign source and a former campaign aide confirmed to CBS News.

Parscale was demoted from the role of campaign manager over the summer but was still employed as a senior adviser. A Trump 2020 spokesperson did not dispute the report, which quoted a statement by Parscale saying that he planned to focus on his family and “get help dealing with the overwhelming stress.”

This follows Parscale’s removal from his home by Fort Lauderdale police over the weekend after he had barricaded himself in his home with firearms and threatened to harm himself. He was taken to Broward Health Medical Center on Sunday night.

In a statement provided to POLITICO on Wednesday, Parscale’s wife, Candice, denied that Parscale physically abused her, despite a police report in which said she told authorities the contrary. “The statements I made on Sunday have been misconstrued, let it be clear my husband was not violent towards me that day or any day prior,” she said.

While Candice Parscale said in her Wednesday statement that her husband did not hit her, police say she told them otherwise. Steven Smith, a SWAT team member who responded to the residence, said in his report that “when I asked how she received the bruising, Candace [sic] Parscale stated Brad Parscale hits her.”

Another officer, Timothy Skaggs, said he identified bruises on Candice Parscale’s arms. Skaggs said she told him they “occurred a few days ago during a physical altercation with Bradley, which she did not report.”