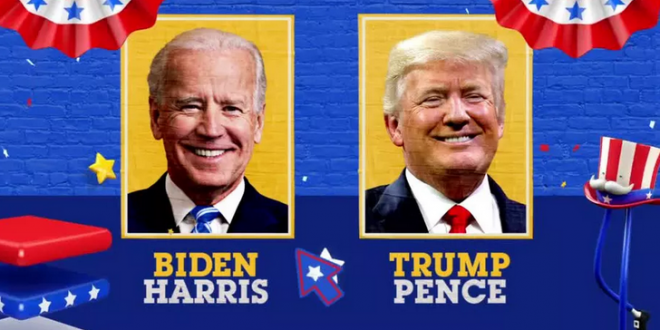 On Wednesday night, Nickelodeon announced former Vice President Joe Biden was the winner of the 2020 Kids Pick The President Vote,  despite a bot-driven effort to cheat the results. According to the network, nearly 90,000 kids cast their virtual ballot in the poll, which ran from Oct. 20 to Oct. 26. Biden received 53% of the vote, while the incumbent, Donald J. Trump, wound up with 47%.

But on Wednesday, Oct. 21, Nickelodeon employees overseeing the Kids’ Vote caught wind of an effort to corrupt the authenticity of the results. Murmurs on “online forums” laid out plans to pack the Kids Pick the President site with votes. Nickelodeon subsequently utilized a voter certification tool in order to weed out any bot-generated entries; in the end, more than 130,000 fraudulent votes were discovered.

The results were announced during the Kids’ Vote special, hosted by Keke Palmer. The hourlong show educated children about the basics of voting and explored issues affecting them, such as the Covid-19 response, racial inequality and climate change.

Nickelodeon’s Kids Pick the President: Kids’ Vote has been held during every presidential election since 1988. According to the network, kids have correctly predicted the next president in six out of the past eight elections.