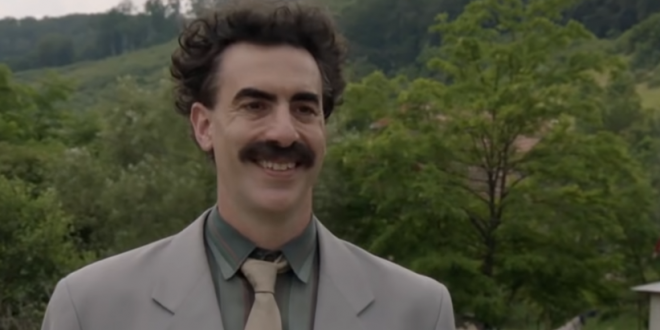 Borat Hits Back After Trump Calls Him Unfunny “Creep”

While speaking to reporters on Air Force One on Friday, Trump was asked whether he was worried about security breaches after footage showed an actress from the movie apparently getting into the White House. He told reporters that he doesn’t “know what happened” and followed his answer up with commentary on Baron Cohen.

“Years ago, you know, he tried to scam me,” Trump said, noting Baron Cohen had disguised himself as a BBC anchor, according to a copy of the pool report obtained by USA TODAY. “That’s a phony guy. And I don’t find him funny.” The “scam” happened 15 years ago, the president added, but he didn’t elaborate. “To me he was a creep,” Trump said.

Donald—I appreciate the free publicity for Borat! I admit, I don’t find you funny either. But yet the whole world laughs at you.