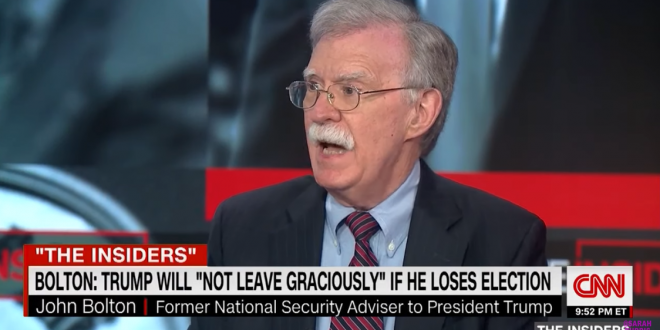 Bolton: “Trump Will Not Leave Graciously If He Loses”

President Donald Trump won’t leave the White House quietly if he loses in November — and it will depend on the faint-of-heart Republicans to force him out, warned former national security adviser John Bolton in a CNN interview that aired Sunday.

“I think it’s very troubling [Trump] has said, ‘I can’t lose unless there’s fraud,’” Bolton told Jake Tapper. “Of course he can lose in an honest election.”