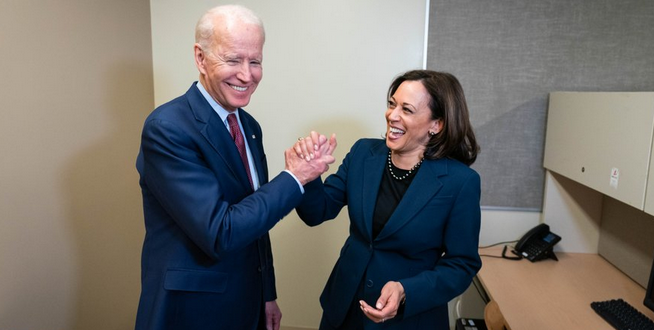 Biden And Harris To “Barnstorm” PA In Final Days

Biden plans a heavy focus in the closing days of the race on the battleground state of Pennsylvania, as he seeks to hold on to a lead in a state that Trump narrowly carried four years ago.

The campaign announced that Biden will travel to Philadelphia on Sunday to deliver a speech on “the crises facing the country and win the battle for the soul of the nation.” Then on Sunday, both Biden and Harris, as well as their spouses, Jill Biden and Doug Emhoff, plan to “barnstorm” across the state, the campaign said.

Pennsylvania is among three Rust Belt states — along with Wisconsin and Michigan — that Trump carried by less than one percentage point in 2016 in assembling his electoral college victory over Democrat Hillary Clinton.