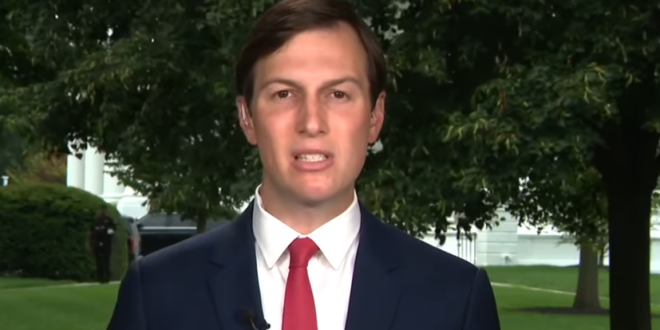 As Virus Raged In April, Kushner Boasted On Tape That Trump Was “Taking The Country Back From Doctors”

President Trump’s son-in-law and senior adviser Jared Kushner boasted in mid-April about how the President had cut out the doctors and scientists advising him on the unfolding coronavirus pandemic, comments that came as more than 40,000 Americans already had died from the virus, which was ravaging New York City. In a taped interview on April 18, Kushner told legendary journalist Bob Woodward that Trump was “getting the country back from the doctors” in what he called a “negotiated settlement.”

Kushner also proclaimed that the US was moving swiftly through the “panic phase” and “pain phase” of the pandemic and that the country was at the “beginning of the comeback phase.” “That doesn’t mean there’s not still a lot of pain and there won’t be pain for a while, but that basically was, we’ve now put out rules to get back to work,” Kushner said. “Trump’s now back in charge. It’s not the doctors.”

Hit the link for the audio.

Kushner to Woodward in April: “There’s the panic phase, the pain phase and then the comeback phase…We’ve now put out rules to get back to work. Trump’s now back in charge. It’s not the doctors. They’ve kind of – we have, like, a negotiated settlement.”https://t.co/OHCDG6LXX1

Jared Kushner called the Republican Party "a collection of a bunch of tribes" and described the GOP platform as "a document meant to, like, piss people off, basically." Kushner described Trump's rise as a "full hostile takeover."https://t.co/OHCDG6un5t