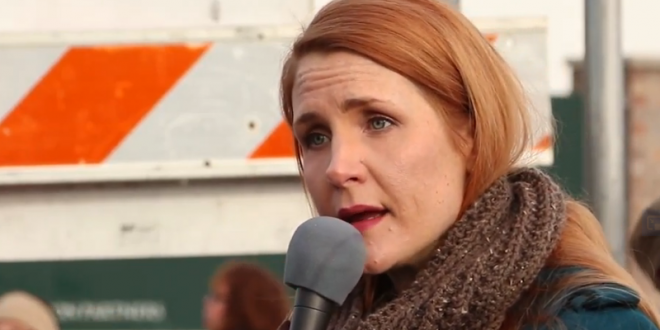 “The production and testing of vaccines using the remains of human beings who were intentionally killed is wholly unethical and must be consistently opposed,” says Sarah Quale [photo], president of Personhood Alliance Education and chair of the vaccine ethics committee that created the organization’s official position.

The committee consisted of representatives from eight different state affiliate organizations, both Catholic and evangelical, who worked for 2 months to recommend a position to the Personhood Alliance’s national board of directors. The board of directors unanimously approved the committee’s recommendation, which was also physician-reviewed.

“The Personhood Alliance affirms the inalienable right to life of pre-born human beings and thus, their right not to be trafficked, commodified, and experimented on,” says Quale.

“Many vaccines are still produced and tested using the remains of aborted human beings, and new aborted fetal cell lines are currently in development to replace the lines used in the past.

“Most of the COVID-19 candidates were produced and/or tested unethically, including 6 out of 8 of those chosen for Operation Warp Speed—President Trump’s program to fast-track a COVID-19 vaccine.

“Unfortunately, even the COVID-19 antibody treatment the President received was tested using humanized mice, which were created with the kidney cells of an aborted child.”

“We need to be consistent in our opposition to these therapies,” says Quale, “And we need to stand up and demand that ethical alternatives be produced, tested, and brought to market by pharmaceutical companies and public officials.”