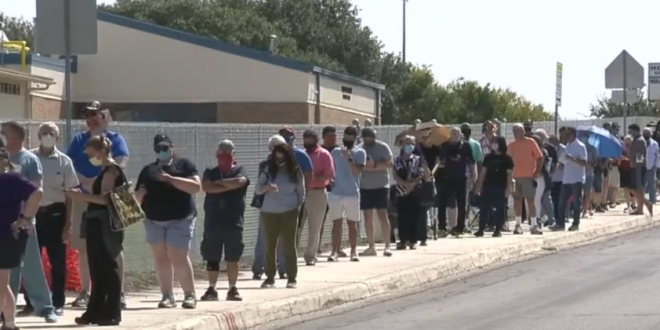 Election officials in Texas say more than 8.4 million people have already voted ahead of next week’s general election, nearly equaling the total number of votes cast in the state in 2016.

As of Wednesday, 8,449,858 people in Texas have cast their ballots since early voting began on Oct. 13, according to data posted on the state’s website. More than 40 percent of all registered voters in the state had had already voted voted by Sunday.

The 8.4 million number represents 94 percent of all the votes cast in the 2016 general election. Both President Trump and Democratic nominee Joe Biden have been making plays for the state, which has gone red every year since 1976.