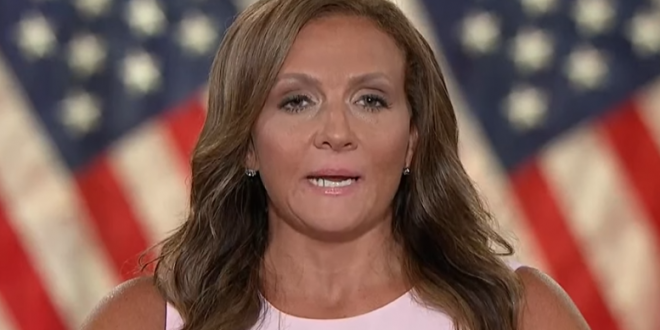 A West Virginia nurse who spoke at the Republican National Convention in August was arrested for shooting a woman in the gut after an argument, according to reports. Amy Thorn, 39, gained attention after volunteering to work in New York in April, and later to San Antonio to treat COVID-19 patients. Also known as Amy Ford, the name she used when she spoke on the opening night of the RNC, Thorn became something of a local hero because of her efforts to fight the virus and was later honored at a White House ceremony.

Amy Jolene Thorn, 39, was arrested by the Williamson Police Department and charged with malicious wounding in the incident that happened during an argument on Vinson Street on the evening of Oct. 8, according to a criminal complaint filed in Mingo County Magistrate Court.

According to Williamson Police, Thorn and the victim were in an argument at 841 Vinson St. when Thorn went to her vehicle, retrieved a handgun, and shot the other woman in the abdomen.

The victim was taken to ARH Hospital in South Williamson, Kentucky, and then air-lifted to Pikeville Medical Center in Pikeville, Kentucky, where she underwent surgery.