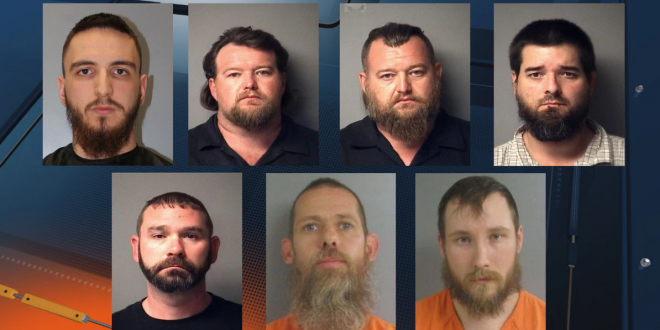 Michigan authorities on Friday set a $10 million bond each for two of the men allegedly involved in a plot to raid the state Capitol building in Lansing and kidnap Michigan Gov. Gretchen Whitmer (D).

The Michigan Attorney General’s office announced the charges in a press release Friday following an arraignment hearing. Pete Musico, 42, and Joseph Morrison, 26, were charged with counts of terrorism, gang membership, providing support for planned terrorist actions and possessing a firearm during the commission of a felony.

Four additional men were also charged in connection with the plot for felonies of supporting terrorist acts and possessing firearms, with each jailed on $250,000 bond. Authorities are also working to extradite another man from South Carolina, where he was arrested this week, to face similar charges.

Separately, seven others linked to a paramilitary group called the Wolverine Watchmen were charged in state court for allegedly seeking to storm the Michigan Capitol and seek a civil war. Four of them were accused of helping to scout Whitmer’s second home, and both groups trained together, according to a state affidavit.

“There’s no question that these hate groups are domestic terrorists, and I think we need to call them that,” Whitmer said. “This is a group of people that are acting on bigotry and prejudice and acting with violence with intent to harm their fellow Americans.”

She said she had heard from other governors, Republican and Democratic, “to check in, to share some of the things that they’re seeing in their states as well.”

Musico and Morrison are wearing orange in the photo.