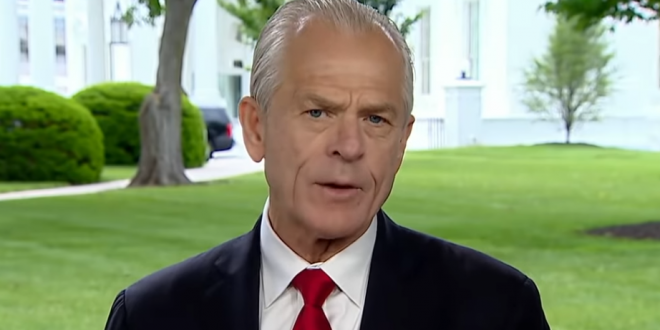 Rep. Raja Krishnamoorthi (D-Ill.), who heads the Oversight Economic and Consumer Policy Subcommittee, issued a staff report in late July that argued the administration vastly overpaid Philips Respironics, agreeing to a $646.7 million deal without even trying to negotiate a lower price.

“Despite the astonishing scale of this waste, the loss of more than 190,000 lives and his willingness to appear on the cable news shows of his choice — Mr. Navarro refuses to appear before Congress to answer for his actions,” Krishnamoorthi said in a statement.

today’s letter was in response to @WhiteHouse BS:

“Navarro refusing to testify..about his role in the Trump Administration’s now-canceled contract with Philips Respironics that would have squandered up to $504 million in taxpayer funds if the Subcommittee had not intervened” pic.twitter.com/Ii3Y43aLTr

Previous Hannity And Dobbs To Be Deposed In Seth Rich Suit
Next Woodward Book: Trump Lied About Chinese Travel Ban