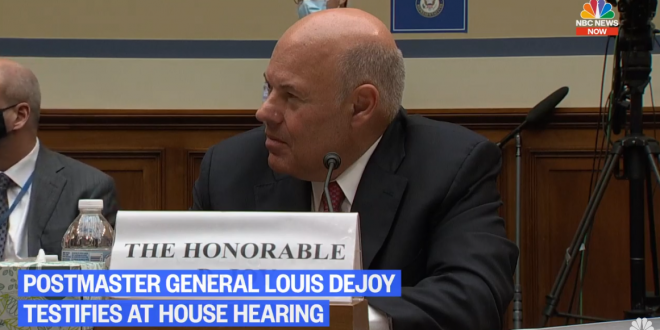 Louis DeJoy’s prolific campaign fundraising, which helped position him as a top Republican power broker in North Carolina and ultimately as head of the U.S. Postal Service, was bolstered for more than a decade by a practice that left many employees feeling pressured to make political contributions to GOP candidates — money DeJoy later reimbursed through bonuses, former employees say.

Five people who worked for DeJoy’s former business, New Breed Logistics, say they were urged by DeJoy’s aides or by the chief executive himself to write checks and attend fundraisers at his 15,000-square-foot gated mansion beside a Greensboro, N.C., country club. There, events for Republicans running for the White House and Congress routinely fetched $100,000 or more apiece.