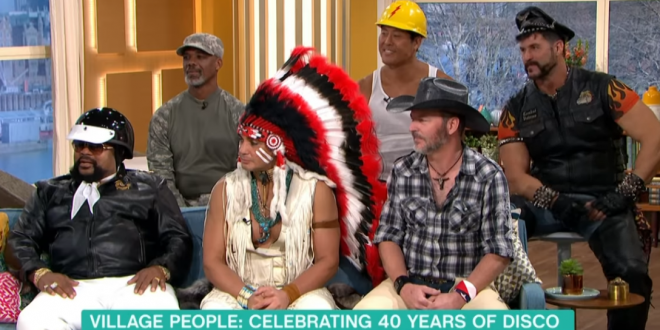 The heterosexual frontman for the Village People wants you to know the iconic song “YMCA” is not about illicit gay sex, warning he’s going to sue anyone who suggests otherwise.

“I will sue the next media organization, or anyone else, that falsely suggests Y.M.C.A. is somehow about illicit gay sex,” Victor Willis warned via Facebook, later adding “Get your mind out of the gutter, please!”

Willis posted he “wrote 100% of the lyrics to Y.M.C.A.” and declared “I ought to know what my song is about.” In 2017 the singer and songwriter told News.com the song was actually about his youth and the time spent hanging with friends in his urban neighborhood.

Village People last appeared on JMG earlier this year when they gave the Trump campaign permission to use their music. Victor Willis left the group in 1980 during filming of the flop-turned-cult movie, Can’t Stop The Music. He returned in 2017 after winning a 2015 court battle giving him 50% ownership of the group’s hit singles.