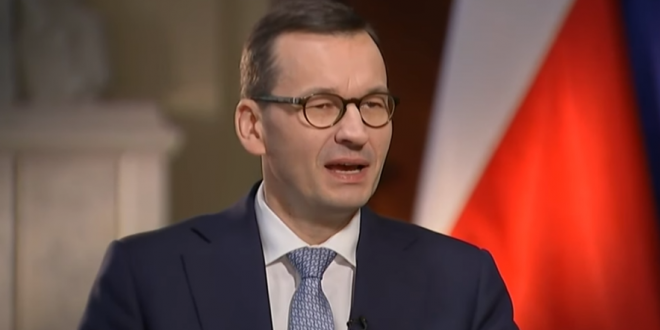 US Joins 49 Nations To Pressure Poland On LGBT Rights

Ambassadors from around the world have called for the rights of gay and transgender people to be respected in Poland, where many towns have declared themselves free of “LGBT ideology”. An open letter released on Sunday urges the Polish government to “end discrimination” of sexual minorities.

It was signed by envoys from 50 countries, including Poland’s EU partners, the US, Israel and India. Hostility to LGBT rights has become a flashpoint in Poland in recent years.

Conservative politicians, including the ruling Law and Justice Party (PiS), have frequently taken aim at the LGBT community. Andrzej Duda, who was re-elected as president in June on a nationalist agenda, has said the LGBT movement is “more destructive” than communism.

Polish leaders on Monday rejected suggestions that LGBT people are deprived of any of their rights in the country, after an open letter from 50 ambassadors and international representatives cited a need to work for “non-discrimination, tolerance and mutual acceptance.”

Polish Prime Minister Mateusz Morawiecki [photo] said he agreed that every person deserves respect but that he completely disagreed with the ambassadors’ claim that LGBT people were being deprived of that.

“To the dear ambassadors, I can only say that tolerance belongs to Polish DNA,” Morawiecki said at a news conference. “Nobody needs to teach us tolerance, because we are a nation that has learned such tolerance for centuries and we have given many testimonies to the history of such tolerance.”