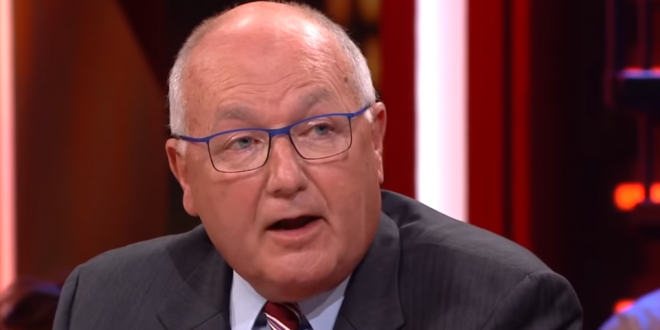 The U.S. ambassador to the Netherlands has been accused of interfering in national politics after hosting an event for the far-right Forum for Democracy party.

The event, held at the American Embassy in Wassenaar on September 10, featured between 30 and 40 “party officials and wealthy entrepreneurs,” according to Dutch magazine De Groene Amsterdammer. Ambassador Pete Hoekstra spoke at the event. Hoekstra, who was born in the Netherlands but raised in Michigan, was appointed by Donald Trump in 2017.

Other political parties, including Prime Minister Mark Rutte’s VVD, have raised questions about the event and whether it should have been allowed. “Of course this should not have happened,” MP Bram van Ojik from the Greens told broadcaster NOS. “This is interference in our elections.”

While chairman of the House Intelligence Committee, Hoekstra was a main proponent to the debunked claim that Saddam Hussein possessed weapons of mass destruction. Those claims led to the US invasion of Iraq. Hoesktra was a founding member of the House Tea Party Caucus. In the 2017 clip below, Hoesktra is busted in a stupid lie.

Previous White House Bible Study Leader Calls On Christians To Engage “Spiritual Weaponry” In Their Election Prayers
Next FDA To Issue New Strict Standard For COVID Vaccine, Will Be Unlikely Vaccine Will Come Before Election Day