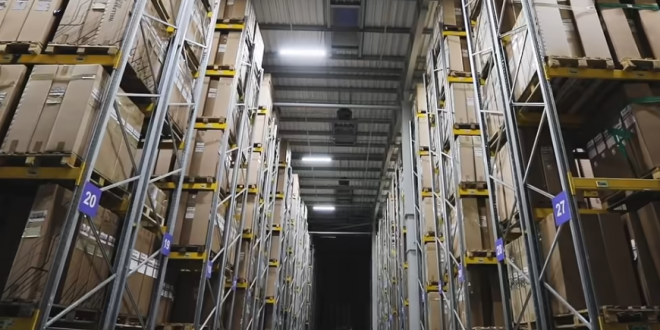 The ad, which paints an incomplete picture of the American economy amid the coronavirus pandemic, does so in part by featuring stock footage from countries outside the United States, including a warehouse in Ukraine and publicly available footage of two models — one from Italy and another from Ukraine – but which appear in the ad to represent images from the U.S.

At around the 15-second mark, the ad targets former Vice President Joe Biden by claiming he would “kill countless American businesses, jobs and our economic future” and flashes a clip showing what is meant to represent a U.S. warehouse with the lights being dramatically turned off. But the footage is readily available stock images of a Ukrainian wallpaper warehouse from a video production company named PromZone Media Group, the company confirmed to ABC News.