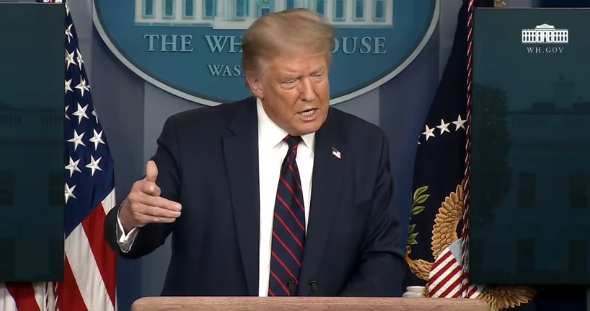 President Donald Trump has refused to condemn Russia over the poisoning of opposition figure Alexei Navalny, saying he had not seen proof.

He said the case was “tragic” but urged reporters to focus instead on China, which he said was a bigger threat to the world than Russia.

NATO and Germany say there is “proof beyond doubt” that Mr Navalny was attacked with a Novichok nerve agent. His team says he was poisoned on the Kremlin’s orders. Russia denies this.

“It is interesting that everybody is always mentioning Russia,” Trump said to a reporter when asked about the Navalny poisoning, “and I don’t mind you mentioning Russia, but I think probably China at this point is a nation that you should be talking about much more so than Russia, because the things that China is doing are far worse, if you take a look at what’s happening with the world.”

“It is interesting that everybody is always mentioning Russia … but I think China probably at this point is a nation you should be talking about” — Trump responds to a question about the Navalny poisoning pic.twitter.com/c460n6kGbN